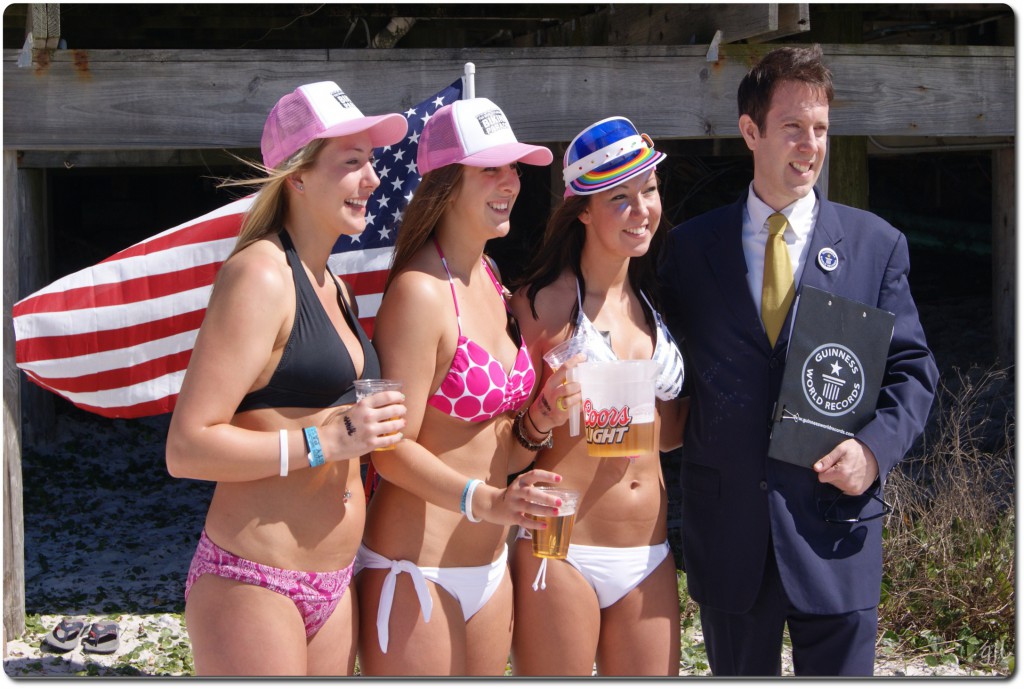 One undeniable thing about the Florida Panhandle is that, if the weather is nice, there is rarely a shortage of beautiful women in bikinis about. We’ve even achieved a bit of world-wide fame in this regard. During Spring Break 2012, Panama City Beach captured the Guiness Book of World Records title for the World’s Largest Bikini Parade.

Panama City Beach brought back the World Record for largest bikini parade to the U.S. on March 6, 2012, when we beat the existing record set in Australia in 2011 of 357 participants. PCB had 450 spirited ladies parading from Harpon Harry’s to Miller’s Bridge and back on March 6, 2012, to clinch the title.

Madison Lake, Minnesota, attempted to beat the record in July 2012, but had only 39 participants show up (some of which were guys).

The current record was achieved by 1,085 participants at an event organized by Huludao Municipal Government in Huludao City, Liaoning, China, on August 19, 2012. As China has such a very large population, we can safely assume that the best ratio of beautiful bikini clad women to the general population is, and always will be, in the Florida Panhandle.