Home
Culture
Music
Who Creates Your Culture
Tweet Pin It

It has been a great many years since I’ve seen as many opportunities to play (and see) original music. I hear of more and more local original music being created everywhere. Communities are forming around music venues like The Imogene Theater in Milton. It has given rise to a resurgence of local music that has the real possibility to restore some of our regional identities. These identities have been eroding over the years as music production became more centralized and commerce edged out real people who used to create such regional music. For better or worse, this latest iteration of music distribution known as “digital distribution” has at once virtually destroyed the old models of commerce and simultaneously created an opportunity for anyone to place their musical wares out there in a way that anyone globally can easily obtain.

At this same moment, the children of the 60’s are all now retiring and finding a desire to recreate a time in music history when anything was possible. The parallels between the present era and the late 50’s-early 60’s are many. At a time when the world began to see widespread saturation of the record player, and the never before seen diversity of music available to everyone via records, music saw an explosion in experimentation. A great deal of it coming from regional sources. Genre’s such as jazz, bluegrass and classic country emerged from local music scenes and spread out via this new technology which made it possible for ideas to travel much farther and faster than any troubadour ever could.

Today, we see a similar revolution in distribution. It is coming hand in hand with a revolution in recording as well. Never before has so much very good quality recording equipment been available to so many people. While on one hand, it proves that if you give 1000 monkey’s typewriters, you will not get Shakespeare, on the other it means that a young Mozart might now be able to sketch out ideas in the more easily communicated medium of a quality recording. That same young Mozart might not have had such opportunity even a generation ago if say, he was working at the McDonalds in DeFuniak Springs. Now, it’s reasonable to think that collectively all the musicians in an area such as this could have the means to make music distinct from even the next town over. Not just make the music, but produce it and distribute it globally.

Lest you think I’m chiding on in a Pollyanna-esque manner, I do realize that there is a great deal of turmoil in the business of music as of late. Pay for gigs has mostly dropped across the board. Physical sales of recorded music are plummeting and payouts for streaming services are incredibly minuscule. All this adds up to an industry that can no longer support the monolithic bands of yesteryear. I don’t think this is a necessarily bad thing though. What seems to be replacing it is a vast amount of highly localized music scenes where diversity is celebrated and a more direct association with the musicians creates successful momentums. Where we may have been buying the same Rolling Stones album over and over on vinyl, then tape, then CD and then downloaded, now we have everything available, all the time, for anyone. For some, this seems a death knell for music. For others, like me, it seems the ultimate catalyst.

For the first time, the upcoming generation will have access to the largest musical collection ever created in the history of mankind. Combine that with the largest proliferation of recording technology in the history of mankind and we are well on the way to having some pretty exciting new music emerging. Combine the nostalgia of the Boomer Generation for the days when things were so very possible, with the desperate need of the Millennial Generation to try and wrangle a living out of a world that at once celebrates and financially castrates anything new in the music scene and you might… just maybe… for a few glorious seconds… have a period where something genuine might occur.

If it is not happening as I speak, it will very soon and like all paradigm shifts, the moment will only be realized by most in hind sight.

You and I… well we can see what’s happening now. Don’t blink though, it will be gone just as quickly as it’s realized. 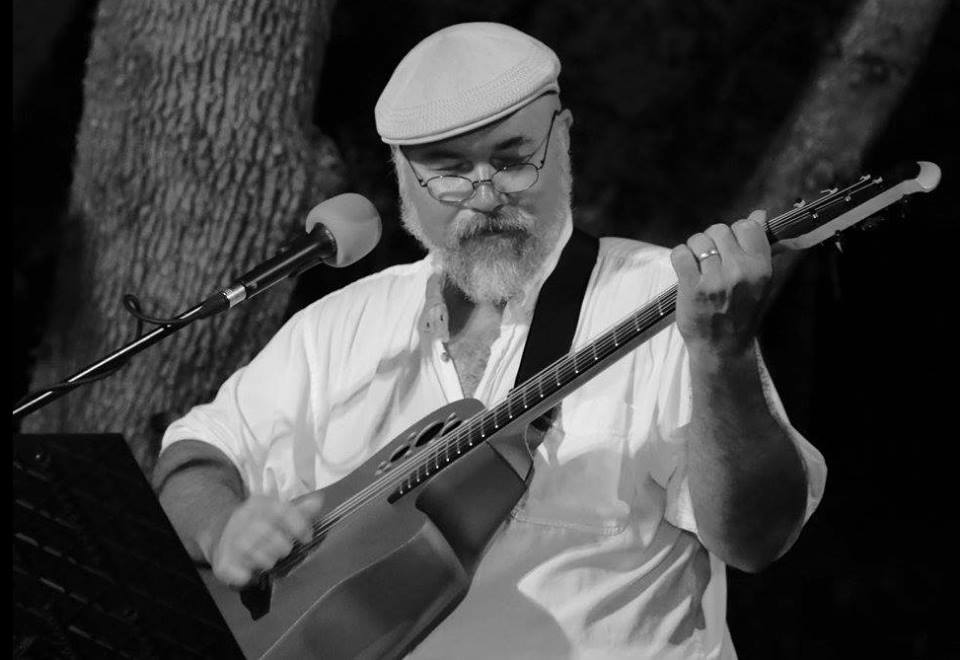 republished with permission.
Marvin Holdman, whose stage name is Marvin Lee, is a Bay County singer/songwriter who will be playing at the Imogene Theater in Milton, Florida, Thursday, February 25th at 7pm (it’s a free show!). He will be opening for Jeff Glickman and the Panhandle Allstars. “Hope you can come out to Milton. I am going to play it like it was the last time I’ll ever play. You can count on that.”

A retrospective compilation of some of the …

Having grown up in Jackson County, Florida, …